Investools reviews may help you change your future

These Investools reviews are based on my experiences with Investools over an eight month period beginning in October 2007. In October 2007, I was given an opportunity to obtain access to the Investools website as well as attend a two day introductory stock trading seminar given by Investools for free. The Freedom Investment Club (FIC), of which I am a member, had arranged for its members to obtain access to these benefits. Getting two days of free stock market education while others have paid up to two thousand dollars to attend the same seminar seemed like a pretty good deal to me.

I have been trading for over 20 years with mixed results so I was looking for something that would change my trading direction. Prior to attending the Investools investor education course, I used a number of trading signals to enter and exit the trades. My money management was good but there was something missing as my results were not consistent.

The Investools seminar was an introduction to the Investools methodology which centers around their basic three green arrows trading philosophy. The three green arrows method is a basic trend following system which, like every other system out there, does not work all of the time but under the correct conditions is suppose to do quite well.

As expected, as with any seminar the Investools coaches introduced their three advanced programs through out the day in the hopes that you will purchase the next level. They offer three training programs the Associate, Masters and PhD educational levels for an approximate Investools cost of $5,000, $12,000 and $24,000 during the seminar. Now paying $24,000 for a two year course which I was just introduced to seemed a bit much and as I had read very few Investools reviews prior to the course I was not ready for this. However, it seemed that at least 20 of the 200+ participants seemed to think that the PhD program was the right path for them. There were also many who chose the Masters and Associate level. In the PhD and Masters level courses there is more emphasis put on advanced technical analysis of stocks and options.

As I felt that the trader is one of the biggest weak points of most systems I just could not justify spending $24,000 on the two year PhD program. I was curious though how many of these trainers seemed to go from not knowing how to trade to trading like a pro simply by taking the PhD course. Also, throughout the weekend the instructor would say if you want to treat it like a business it will pay you like a business but treat it like a hobby and it will pay like a hobby. I also know that one of the definitions of insanity is doing the same thing and expecting a different result.

Whether they wore me down with their frequent suggestions that you should sign up for the advanced course or whether I realized that if I did nothing in 20 years I would likely be achieving the same results I decided on the last break of the second day to go for the Associate program at an Investools cost of $5,000. I figured once I had a chance to do my own Investools review I could also get the next level of education later.

After the seminar I quickly read both manuals, completed the online course and began talking to the coaches and asking them many questions. They corrected many of my minor errors and I think I was making progress, but not much. As I work full time and am a parent trying to talk to the coaches more than three times a week was difficult to do. My guess before I started the coaching was that if I could talk to them for an average of one hour per week the cost would be about $140 per hour. At this rate, this puts the value of everything else I purchased at zero since the coaching was all I was really after. If you have ever looked into coaching an Investools cost of $140 per hour is pretty reasonable. I found the coaches willing to spend as much time as it took to go over my questions and my only concern was that they were not more demanding of me.

Over the course of the first five months I watched about ten of the trading rooms which are approximately one to two hours long and cover a number of basic topics which are covered in the course manuals and also a daily Capstone which puts all of the learning’s together in one webinar. These Capstones cover the identification of the major market trends, finding the strong industry groups, finding the best stocks in the strong industry groups, identifying an entry point and entering and monitoring the trade. At this point in time I found the programs slow and not that informative.

Things began to turn around when an Investools sales agent called and indicated that my trading room subscription was coming to an end. At the time, this surprised me as I thought it was good for 9 months. Reviewing my Investools agreement it became clear that the sales agent was correct and that I only had one month left to watch the trading rooms unless I renewed at about $800 for another six months.

To be honest, at the time I figured these trading rooms were worth about $200 a year as I was not really watching them and once the contract was up you had nothing left. At least with other programs , when the service is up you still have the DVDs or CDs. Anyway, since I paid for the trading rooms and they were about to be taken away from me I decided to blitz the trading rooms. So for the last month I tried to listen to the current and historical recordings three times a day.

Using wireless headphones I listened for about an hour while getting ready for work in the morning. I listened to them during my lunch hour and then generally once during the night. The ah moment came about two weeks into listening to the trading rooms on a daily basis. So what happened?

Before I had the ah moment, I could see the best place to buy, the mid point of the rise and the highest point to buy. I was generally doing breakout trades at the time and could see that the safest place to buy was at the turning point. The trading rooms introduced the bounce trade to me as well as drilled into my head the advantages of writing and following a complete trading plan.

As I expected, right from the beginning, if I was going to improve I needed to change my ways. Now for most people this is the hard part and I still slip into my old habits because I am afraid of missing something. I still like to look for penny stocks that are turning around in out of favor industries. I am slowly breaking this habit but it is not that easy.

Likely the best stock trading website I have used is the Investools website. There is so much information on this site that even after using it for over six months I have still not used all of the capabilities. There is fundamental as well as technical information, the ability to search, interactive charts offered through Prophet.net. The ability to view thumbnails of up to 150 charts at a time is a huge time saver. Essentially all option pricing is available as well as a search engine that will find covered calls returning specific percentages. You have access to the Investools marketcast a short audio commentary on the daily market action as well as the market wrap which is a written summary of the daily market action as well as a number of stocks in the news or that are potentially good trading candidates. To sum it up, based on my experiences to date, this is the best overall stock trading website I have used.

Investools Review - Am I making Money with these Invest Tools

So the big question is am I making money with Investools and has the course paid for itself? Looking at my account balance since I had the ah moment indicates that I am on the right track and will very soon have made enough to pay for the course. Do I still have losing trades? Of course. Every thing I have read and experienced would indicate that losing trades are just part of trading. The trick is to determine how to properly manage the trade.

Investools review - Will I take the Masters course?

Just like going to school, it takes time to learn and move forward. Therefore, before I go forward and take the Masters course, I will need to free up some time to concentrate and absorb the Masters program. My first goal is to use the knowledge which I have gained to pull money from the market and to set aside some of this money to pay for the Masters course. The next goal will be to free up about an hour a day in which to concentrate on the course, trading rooms and talk to the coaches. With the limited amount of time I have now I think going into the Masters course would be a mistake. I would also like to become a "Master" of two stock and two options trading plans. Becoming an expert in just two plans, one may even be better, I think will go a long way to improving my trading game.

I hope these Investools reviews have given you the type of information you were looking for.

Prior to attending an Investools seminar, you may want to familiarize yourself with what many call the Investools scam. 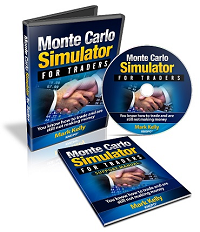